HE STOOD BEHIND ME, AN AXE IN HIS HAND

Posted on April 19, 2015 by secretmindwarrior 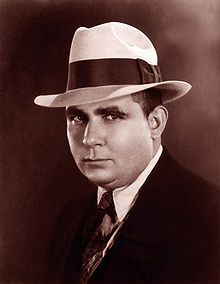 One of my most powerful literary influences, early in my life, was a writer named Robert E. Howard.

Many people have never even heard of him, and yet, in his own way, his influence on popular modern narrative is every bit as powerful as that of writers like J. R. R. Tolkien, Stephen King, or J. K. Rowling.

Robert E. Howard was a highly unusual man. Born in Cross Plains, Texas, where he lived, he was an aspirant author who wrote a series of stories that almost singlehandedly gave birth to a genre known simply and affectionately as Sword and Sorcery.

You see, Robert E. Howard was the creator of a grim-faced, blue-eyed, dark-haired barbarian who changed my world, and the world of countless others: Conan the Barbarian.

When I first met Conan, at the age of around 15, it was, in every sense of the word, a life-altering experience. He came striding across time, out of the darkness of prehistory, and flung open the portal to a world I had never dreamed could exist.

Robert E. Howard was born in 1906, and died tragically in 1936. And in his all-too-short thirty years of life, he accomplished something utterly extraordinary. His life was not easy, and I feel a sense of deep, poignant sadness whenever I reflect on how much he had to struggle, and how he never lived to see the explosive popularity that his beloved creation would eventually enjoy.

Howard was a prodigy. He possessed an eidetic memory, a deep dislike for petty authority, and an equally deep emotional sensitivity. He was, in his era, noted for his compassion toward others, his opposition to racism, and his support for women’s rights. He himself had been mercilessly bullied and marginalized, and knew what it was to have to overcome and transcend the cruelty of others.
And there’s an anecdote about him that I’d like to share with you. It’s pretty remarkable:

One night, in the middle of a violent thunderstorm, Howard sat before his typewriter in the gloom of his house, utterly without inspiration, wracked by a terrible case of writer’s block.
And then, suddenly, without warning, he became aware of a presence behind him. He could see a figure in his peripheral vision: a giant of a man, with massive, knotted shoulders and arms, and hair as black as the night. The man’s powerful face was impassive, brooding, dangerous; his eyes a deep, unearthly shade of blue. There was a silver circlet banded about his forehead, and he wore a leather shirt under some kind of bronze chain mail.

In his hand he held a massive war axe: double bladed, impossibly heavy, with the handle bound in worn leather, the flashes of lightning from Howard’s study window glinting from the broad, pitted blade.
Howard sat frozen, riveted with shock at what he was sensing and seeing.

And then the figure spoke to him, but not in English. It was a message that, somehow, Howard was made to understand. It was simple, direct, and consisted of three words: WRITE OF ME.

Howard knew, implicitly, that if he did not do so, the axe was waiting for him. And so, without thought, without any kind of hesitation, he reached out and began to type. He was not telling a story: he was being told a story, and all he had to do was write it down.

All night long, he wrote, under the menacing gaze of the man behind him, until dawn came, and when he felt the presence fade away, he collapsed onto the floor. He knew he had only a few hours to sleep, and to fortify himself… for when night came again, so would the man named Conan.

And so, with an intensity so prolific that it seems almost impossible, Howard crafted whole worlds in those desperate nights, week after week, until the Hyborian Age had been spilled onto paper, fully formed in its primal splendour and glittering riches, and from its jewelled palaces and primordial jungles strode the man bearing axe and sword. He was a reaver, an untamed barbarian, and yet a man of deep conviction and primitive honour, who would someday become king by his own hand.

In a letter to Clark Ashton Smith in 1933, Howard wrote:

“I did not seem to be creating, but rather relating events that had occurred. Episode crowded upon episode so fast that I could scarcely keep up with them. For weeks I did nothing else but write of the adventures of Conan… the character took complete possession of my mind and crowded out everything else in the way of storytelling.”

Was Robert E. Howard mentally unstable? The obvious answer, of course, would seem to be yes. And yet I suspect – no, I am sure – that many writers out there have had similar experiences.

Many writers will attest to the fact that writing is genuinely a kind of catharsis, an emotional and spiritual bloodletting. You see, the science of writing consists simply of knowing how to structure passages of prose in ways that conform to the norms of what is considered “good” literature.

But the art of writing…. is another thing altogether. The art of writing is knowing precisely how to steady the dagger so that it cuts into your hand at the right angle, being able to remain steadfast and endure the stinging pain as your flesh is pierced and the blood runs crimson and slippery and electric across your palm. It is the willingness to look into the eyes of your reader, reach out, and mingle your blood with theirs in a way that will influence them forever.

And there have been silent, dark nights, sitting at a wooden kitchen table with my laptop, where I have also sensed a brooding presence behind me. Thankfully, it is not the man with the axe: it is a man with a beautiful mind, wearing a white fedora hat, his expression conveying a sense of deep, timeless insight into worlds other than ours. And he also speaks to me sometimes, and he says only one word to me: WRITE.

When Robert E. Howard died tragically in 1936, of suicide by gunshot, he left a note which was still in his typewriter when it was found. It read:

“All fled, all done, so lift me on the pyre,
The feast is done, the lamps expire.”

And one day in the future, when I perchance also stride the halls of Valhalla, I’d love to meet you. Let’s raise a goblet together so that I, and so many others with whom you mingled your blood, can thank you personally.

You will not be forgotten. 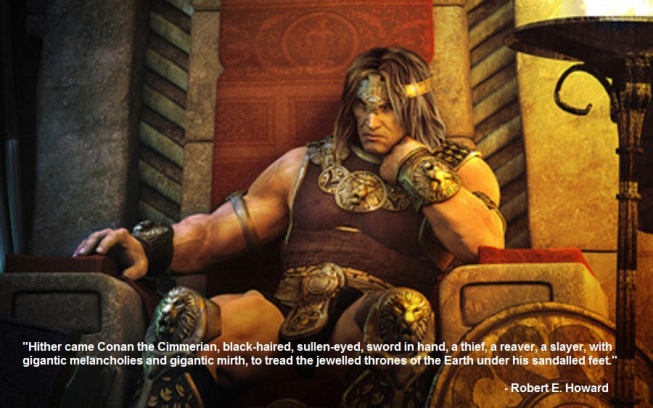 This entry was posted in Uncategorized. Bookmark the permalink.

1 Response to HE STOOD BEHIND ME, AN AXE IN HIS HAND