Posted on April 19, 2015 by secretmindwarrior 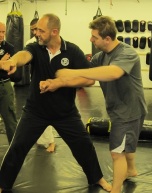 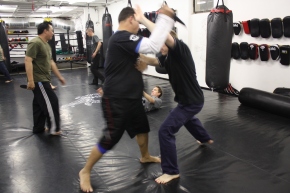 As a child, and into my early teens, I was frequently bullied at school.

The reason? I was painfully shy, skinny, and insecure… and I was an easy target. After all, real men played rugby or football at school. They were tough. They were popular.
They didn’t waste time writing and drawing, or frequenting the library and reading for hours. And they didn’t let anyone walk all over them.

I realized, more or less at the age of fifteen, that if anything was going to change, it was going to be up to me to change it. The turning point happened one day in a chemistry class, when one of the tough guys heated up a pair of pincers over a flame and then burned my ear with them, before spitting into my face.

And so, a number of things all happened at once. I found a role model… or rather, he found me. I took up bodybuilding with a fury and passion that was fueled by years of suppressed rage and anguish, and in just over two years, went from being a scared 135lb beanpole to being a highly purposeful 258lb machine.

When I graduated from high school, while other teenagers were getting drunk, I pulled an all-nighter at the gym, thundering through a magnificent 6-hour heavyweight barbarian workout, symbolically wearing a thick iron chain around my waist just to remind me of what I had overcome.

Simultaneously, I had taken up martial arts – karate, some kung fu, and whatever else I could find nearby. I also learned Tai Chi, first from an esoteric library book, and later under the tutelage of a very unusual man. And this wasn’t Tai Chi purely for good health: it was Tai Chi, the “grand ultimate” of martial arts… the one that is capable of seriously hurting people. And then healing them.

To nobody’s surprise, the bullies suddenly weren’t so keen to pick on me any more.

When I left school, I joined the military, where I saw firsthand combat in some of Africa’s most horrific killing fields, and the damaging impact that it had on me took several decades to dissipate. I was physically tough, but the resultant emotional scarring was deep and pervasive.

I desperately needed to find my centre, my calm place, as a means of retaining my sense of humanity, and to establish my sense of worth in the world. And so, as a young man staring adulthood in the face, I realized that the martial arts were to be my compass and companion throughout.

Wisdom dictates that a warrior cannot just be a mindless killer, or a careless brawler. To be complete, a warrior must cultivate sensitivity – an appreciation and deep understanding of the gentler arts, of philosophy, of the deeper flow and purpose of life itself. A warrior, ultimately, is not a destroyer, but a preserver. And so that is what I devoted myself to.

Then, finally, after almost twenty years of training, in a moment of destiny, I encountered my metier: the Israeli-born hand to hand combat system called Krav Maga.

Everything I had learned and practiced so faithfully over the years seemed to integrate instantly and seamlessly with this straightforward, no-nonsense martial art that specializes in doing very bad things to people who threaten you with guns or knives or baseball bats… or gang attacks or airline hijackings.

I took to Krav Maga like a greedy dragon to a mountain of gold, training ceaselessly as I transmuted all my existent knowledge into a unique, synthesised system of practical combat that works incredibly well for anybody who wants to learn it.
In a very short space of time, I was teaching Krav Maga to others, first in one small club, and then training up other instructors.

I interacted and learned from some of the very best Krav Maga trainers in the world, attaining what was (according to them) an extremely high level of capability in the process. Don’t get me wrong: I’m not a gung-ho special forces operator, or a badass government agent  – although I’ve trained these, and many others – but I practice what I preach, and I can walk the talk.

And today, as a director and chief instructor, I head up one of the world’s most progressive and fast-growing Krav Maga training organisations, dedicated to the safety and wellbeing of ordinary men and women from every walk of life. And this is what we do:

And to those who know me in martial arts circles, it sometimes comes as just as much of a surprise to find out that I write – and the kind of writing that I truly love.

Here’s the thing, though. In that process, the process of trying to find my path and refine myself as a human being, I discovered something: the more power you have, the less you need to use it. And as I matured, I found that I gravitated more and more toward a philosophy of compassion, even toward those who we sometimes think don’t deserve it.

You see, when all is said and done, no human being is all that fundamentally different to any other. We all share very similar hopes, dreams, hurts, and loves, regardless of ideology. And the highest calling, the ultimate purpose, of any kind of power – be it physical, material, or spiritual – is to help others, not to harm them.

The Universe we live in is in a constant state of flux. We are all tiny participants in a much grander and majestic cycle, the cycle of life and death, creation and destruction, and we also undergo all the human experiences and emotions that are part of that cycle.

But there is one particular force that supercedes all others, and my personal belief is that this force transcends all other universal laws. It is the glue that binds everything together on a metaphysical level, the agent of change that propels personal evolution, and has the power to reshape our entire Universe – inward and outward – if we simply start practicing it.

That force… is love.

I am a warrior. I am also a man of peace, inwardly and outwardly. And sometimes, I’m simply a wide-eyed seven year old boy again, taking in the magnificent beauty of the world around me, without fear, with an open heart.

There is magic out there. We can change who we think we are. And you can be anything you want to be.

This entry was posted in Uncategorized. Bookmark the permalink.